The New Zealand Art Crime Research Trust held its second annual Art Crime Symposium, ArtCrime2016: The Symposium, at the City Gallery in Wellington on 15 October 2016. This exciting event included talks by leading academics and researchers in the field of art crime, covering aspects of the discipline in New Zealand and beyond. ArtCrime2016: The Symposium followed on from the popularity and success of the Trust’s inaugural Art Crime Symposium held in September 2015. 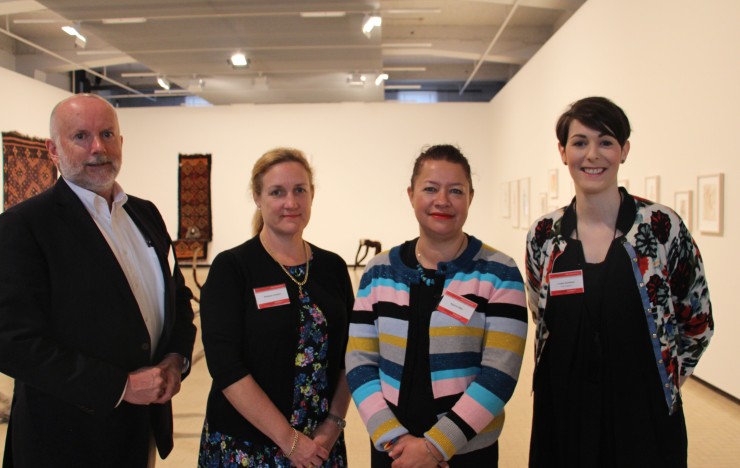 ArtCrime2016: The Symposium began at 10am with a formal welcome from Trust Chair Arthur Tompkins and the Director of the City Gallery, Elizabeth Caldwell.

The programme was opened by a video talk from Noah Charney, founder of the Association for Research into Crimes Against Art (“ARCA”) in Amelia, Italy (who was based in Slovenia at the time, so had pre-recorded his talk). Noah discussed the study of art crime as a discipline, and in particular highlighted some of the key developments that have occurred in this field since the establishment of ARCA in 2008.

Then followed a number of captivating lectures from various speakers throughout the day:

Rebecca Rice speaking on the topic of W.S Hatton.

The afternoon sesssion involved an entertaining and topical panel discussion chaired by Catherine Gardner who is the Manager of Case Management for New Zealand Police (and who spoke at the 2015 Symposium about the difficulties of recording crimes relating to art and some of the interesting cases the Police have dealt with). The panel comprised Erika McClintock (Visitor and Commercial Services Manager for City Gallery) Courtney Johnston (Director of the Petone Settlers Museum and the Dowse Museum, Lower Hutt) and Reuben Friend (Director of Pātaka Art+Museum, Porirua). The panel discussed security in galleries, including how to combat security issues such as potential damage to art works without negatively impacting the visitor experience. The panel members highlighted their experience with security problems like theft and vandalism, and considered their own responses to a noticeable security presence within an art space.

ArtCrime2016: The Symposium concluded with the launch of a new book by our very own trustee Penelope Jackson, titled Art Thieves, Fraudsters and Fakers: The New Zealand Story. Penelope was interviewed by the book’s publisher, Mary Varnham (Awa Press) and City Gallery Director Elizabeth Caldwell, giving a great opportunity for attendees to hear about some of the themes discussed in Penelope’s book. 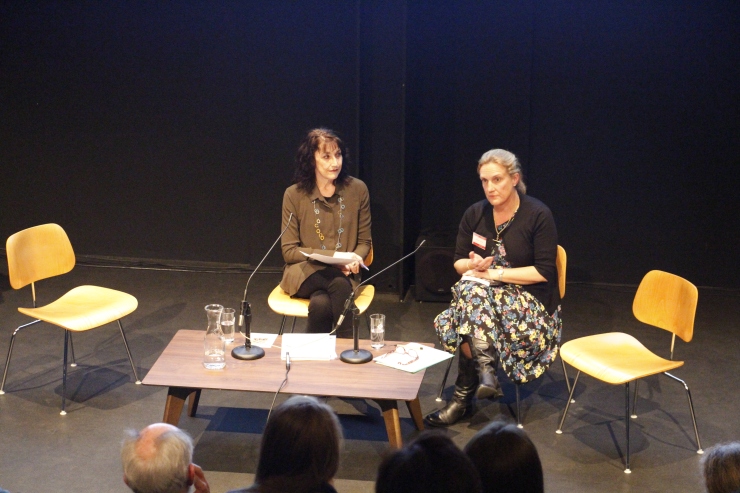 The day wrapped up with a cocktail function in the foyer of the City Gallery from 5pm. This was a perfect chance for attendees to meet, discuss the topics and ideas they had heard throughout the day, and purchase copies of Penelope’s book and the newly published “Art Crime and Its Prevention: A Handbook” (see Recent News for more info).