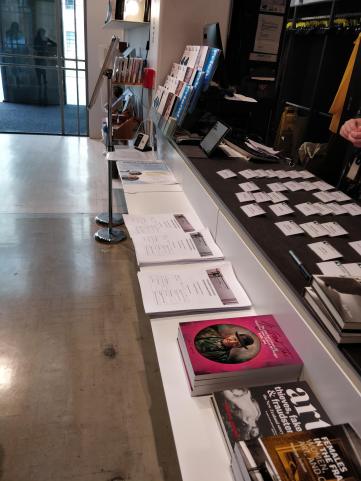 Towards the end of the day, Sebastian Clarke (Senior Policy Adviser from the Ministry for Culture and Heritage) talked about the work that has been undertaken by the Ministry for Culture and Heritage and Massey University to set up a national register of public art.  After much planning and preparatory work, the register now lists over 700 public artworks, with much more still to be added.  Clarke outlined some of the complexities involved (including the need to consider heritage considerations, and the issue of private artworks in public spaces to which the public often feel a strong sense of attachment).  This presentation led into audience discussion about the possibility of a private art loss register in New Zealand, something that is often mooted but which faces some significant hurdles to get off the ground, in particular the need for clear leadership and major funding. 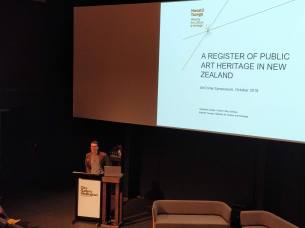 Lastly, one of our founding trustees Louisa Gommans chatted with fellow Trustee and art historian Penelope Jackson about her latest book, Females in the Frame: Women, Art, and Crime.  Jackson’s book explores the world of art crimes committed by females – something that no author has done before, and she explained that stories of art and crime have been underrepresented and silenced by men.   The idea for her book grew when she realised what a small role women played in her earlier book (Art Thieves, Fakers and Fraudsters: The New Zealand Story), which made her suspicious that there was more to be uncovered.  Her goal, she said, was to try to change the way we think about women, art, and crime. 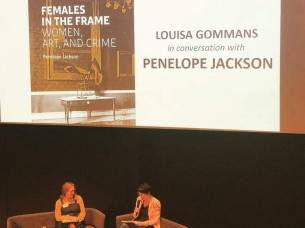 The day concluded with a drinks and nibbles function in the foyer of City Gallery, which was a great opportunity for attendees to get together and talk further about the ideas raised and topics discussed throughout the day.